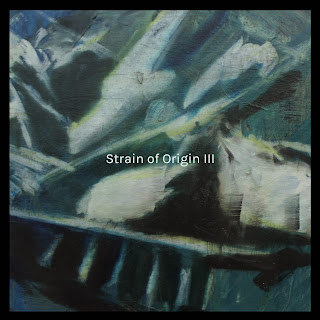 Things have been a little quiet round these parts of late, but never fear, we are slowly but surely working on new material which we hope will surface sometime soon. In the meantime here's a couple of recent Underlapper related things.

We were once again lucky enough to be involved in Feral Media's annual Strain of Origin compilation series, which is now in its third year. There are so many great artists included on this instalment and the remixes are some of the best to date.
We had the pleasure of remixing Melbourne duo Children of the Wave and in-turn our track Stockholm got the remix treatment from Aussie ex-pat Inch-time.

You can listen to both remixes via the player below and you can download the full compilation for free at the Feral Media bandcamp page here.


And lastly, we recently posted an improvised recording from the Underlapper vaults on our soundcloud page.
The piece was recorded sometime in 2003 by a very early incarnation of the band. Although very rough, the main parts eventually became the track Painting Red Things Grey which featured in our early live shows. Have a listen and see where it all began.


Until next time when we will hopefully have some new music to share.....
Posted by Underlapper at 9:40 PM No comments: 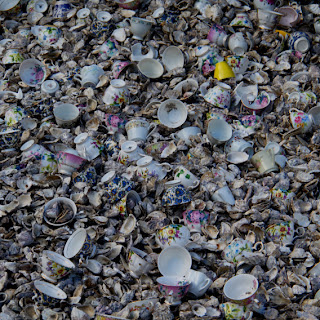 Feral Media recently contributed a label mix for the fine folk at A Closer Listen which is an-all Australian affair including tracks from their recent releases, as well as tracks from some of their current favourites amongst the fertile Australian underground scene.


Feral Media presents: Scratching The Surface by Lostchildrennetlabel on Mixcloud
Posted by Underlapper at 6:57 PM No comments: 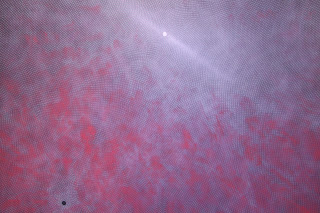 Our good friend Shoeb Ahmad and hellosQuare recordings label boss has just uploaded a compilation of all of his remix work to date. The compilation contains remixes of artists including Scissor Lock, Fourplay String Quartet and Inch-time amongst others.

Also included are two remixes of our track Fallen Face Moon from our 2007 album Red Spring. The first of which is taken from our Red Spring Remixes release and the second is a previously unreleased alternate remix.

Listen to all the remixes below or head over to the hellosQuare soundcloud page for more from the label.

Posted by Underlapper at 10:25 PM No comments: 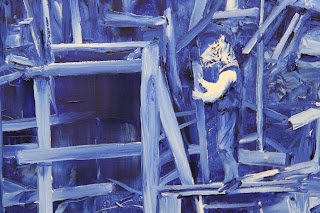 Our good pal Jonny Faith has turned in a stellar remix of our track Choking Ibis which you can listen to on the player below.
And if you missed his debut EP from last year, check it out here. We highly recommend it!


Posted by Underlapper at 10:12 PM No comments:

The wonderful Feral Media recently celebrated their 10 year anniversary and to mark the occasion they have released a bumper compilation featuring a stellar line-up of Australian talent.

We contributed a brand new track called Stockholm as well as a remix of our good friend Gentleforce's track Lift Up Your Weary Head.

This incredible compilation is now available digitally and also as a limited edition Playbutton.
Head to the Feral bandcamp site to hear what it's all about and check out our contributions below.

Congrats to Feral Media on achieving this wonderful milestone. Here's to another 10 years!

To celebrate their 10 year anniversary Feral Media are releasing a bumper compilation featuring a killer line-up of artists who have been associated with the label over the years.

We have submitted a brand new track for the compilation entitled 'Stockholm' and we are really happy with the results.

The compilation will be released digitally and as a limited edition Playbutton, which is an MP3 player that doubles as a wearable badge. The artwork for the release was created by the super talented SOPP Collective who have been responsible for the artwork on many of the Feral releases, including the cover for our album Red Spring.

To assist with the release Feral have launched a Pozible crowd-funding campaign (basically pre-ordering) which we urge you all to support. There are some great rewards on offer in addition to the compilation itself so head on over and see what it's all about.

To whet your appetite you can watch the campaign video below which features snippets of a few tracks from the compilation and you can also hear the first full preview from the album here.

Posted by Underlapper at 7:11 PM No comments: 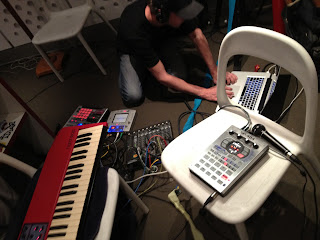 Haunts (a new project featuring Matt and Greg along with cellist Peter Hollo) recently dropped by the FBi studio to record a live soundtrack created specifically for the Ears Have Ears program.

The soundtrack entitled Night Begins has just been uploaded to the Feral Media soundcloud page. Listen/download it below.

In other news Haunts will be playing in Sydney on December 1st with Cold House, a new project featuring former Underlapper member Morgan McKellar. Cold House will be launching their debut release Chomp Technical on the night which has just been released via Moontown Tapes.
Check out the release here and if you're in Sydney for the gig catch both acts along with Gentleforce at 401 Hibernian House - 342 Elizabeth St, Surry Hills.


Posted by Underlapper at 4:03 PM No comments: 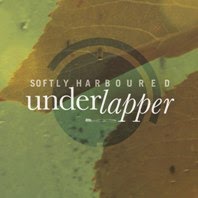 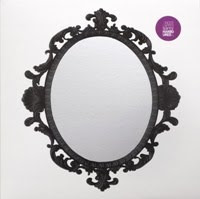 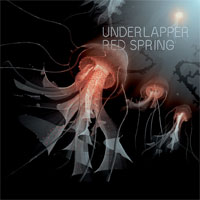 Underlapper
Underlapper are a six piece band based in Sydney, Australia. Their music combines elements of post rock, experimental pop and downbeat electronica and they have released a number of albums/EPs through independent label Feral Media. Their third album Softly Harboured is a joint release by hellosQuare recordings (CD) and Feral Media (Vinyl/Digital).